I get a lot of calls and questions about critters in the garden.  People almost always think that voles are the ones wreaking havoc in their gardens, when often pocket gophers are the actual culprits. The confusion arises when both species are present -- the vole spends much of its time above ground, and so is often seen (and therefore gets the blame), but the pocket gopher, which almost never emerges, usually causes far more destruction.

Here's how you can figure out what's eating your garden:

Voles have small, oval,open holes - about 1-2" wide.  These are never plugged with soil, and there is often a "runway" in front of the hole.  This can be easiest to see when the snow melts and the grass is not too high, or in the winter.


Northern Pocket Gophers' holes are about 2-3.5 inches wide, but are almost always plugged with soil.  In the summer, the holes are surrounded by large fan-shaped mounds of dirt  that are 12 to 18 inches wide and 4 to 6 inches high.

In the spring time, just after the snow melts, if you see long tubes of solid soil  (eskers) snaking about on the surface , that is a definite sign of pocket gopher.  This is due to ongoing excavation of burrows during the winter -- they pack the excavated dirt into the snow, which shapes them into the eskers, rather than the fan-shaped mounds when there is no snow. 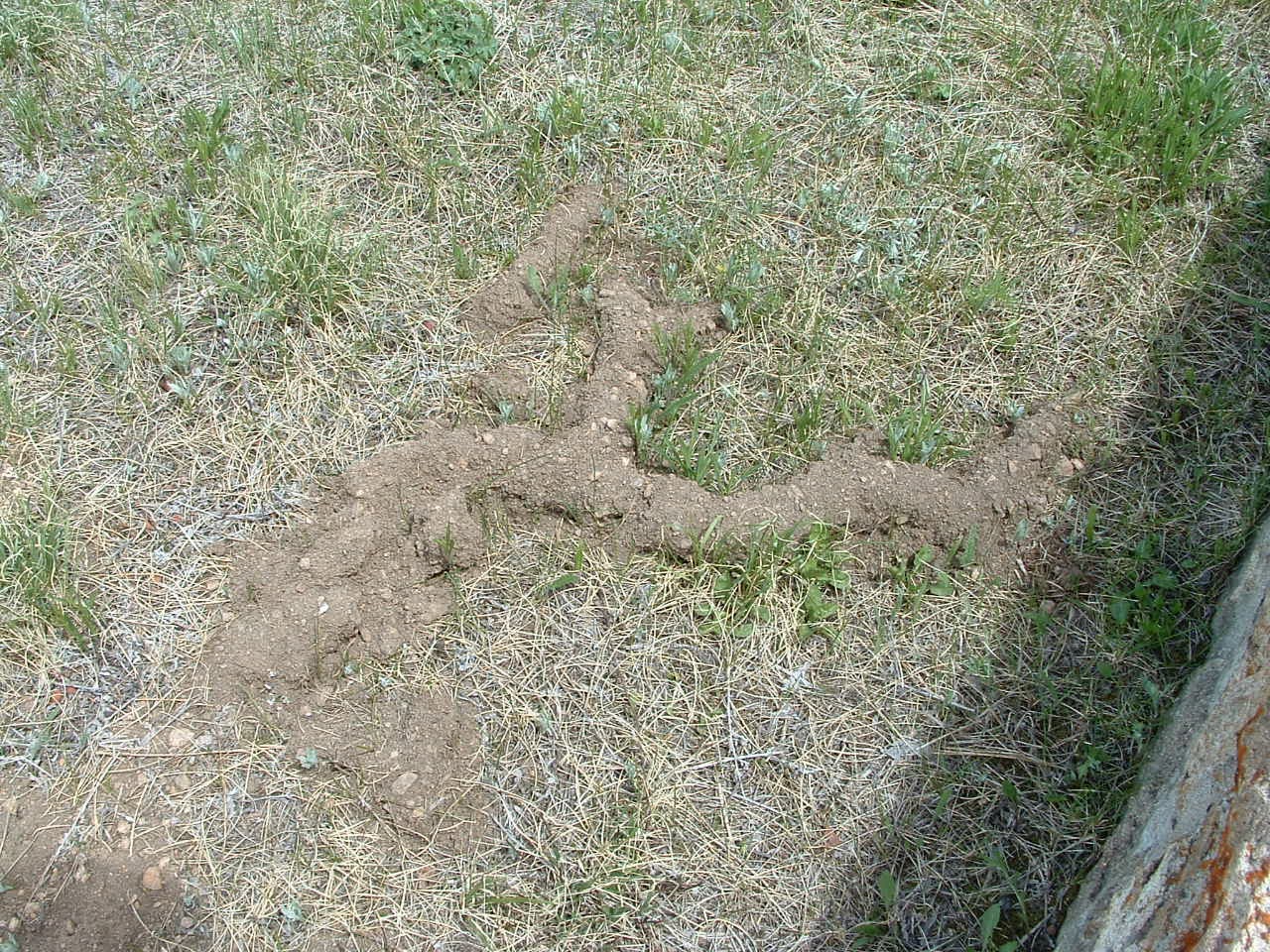 2. Look at the damage - is it above-ground or below-ground?
The most common voles we have are meadow voles and montane voles, and these two species mostly eat above-ground parts of plants, including  leaves of flowers, grasses and sedges and fungi  in the summer.  Dried grasses, bark, and twigs are winter staples.

Voles are of most concern when their winter bark-chewing girdles trees and shrubs (they are also problematic in lawns, but lawns less common in the mountains):


Pocket gophers mostly eat the roots of plants (below-ground).   They only rarely come above-ground to eat, and then only a very short distance from their burrow.  They use their sense of smell to locate the roots of plants, and then will eat the entire root system.  This causes a sudden and unexpected "wilt" of the plant.  They can even pull an entire plant underground -- sometimes even under the astonished eyes of a gardener!

Posted by Extension at 3:20 PM No comments:

Early May Bloomers at 7900' by Tina Ligon


It is May 8, 2014 and we have bright sun and an inch of snow that fell last night. You gotta love spring in the Rockies. I took a stroll, OK, navigated an obstacle coarse, around the property to see what is blooming. Below are some pictures of these tough little plants, that will laugh at this little snowfall.
I discovered two new to me plants, the Clematis hiruitissima and the Collinsia parviflora.  I am amazed at  how some flowers seem to come and go, the conditions needed for some to germinate make them more like guest appearances. What is blooming in your neighborhood?

In 2013 I started the year where I left off in 2012.  In 2012 I had just moved to Evergreen from Detroit, Michigan and was able to start seeds in late April, almost too late for this area.  I planted a few tomatoes, squash, peppers, marigolds, Icelandic poppies and zinnias.  Of course I brought the seed from Detroit.  Everything sprouted and grew.  Because we were still moving in I gave most of the plants to my daughter who lives in Indian Hills about 6500 to 7000 feet in elevation. Our Evergreen home is at between 7400 and 7800 feet in elevation.  I kept a few squash, peppers and tomatoes which I planted late in June.  While the squash and tomatoes grew and began to fruit, the peppers plants were eaten by the chipmunks right away.  My 1st lesson learned.  The tomatoes and squash fruited but did not mature and died at the first frost in early September. The second of many lessons learned. My daughter’s garden in Indian Hills flourished, grew and fruited.  She planted in early May and covered them.  So my seed sprouting was successful.
In 2013, I planned on planting a small garden in my front area.  Mine would not be a raised garden but on the natural land with amendments to help the land for planting and growth.  My daughter’s area was a set of three raised gardens.  She had set them up in 2012.  She enriched them in 2013.  After a few discussions, my daughter and I decided to do what Colorado State University had recommended.  We took soil samples from areas of our landed that had not been cultivated to see what the native soil in our 2 areas were like.  We sent them in early to get an idea before the gardening season started.  The results came back with the following results.  We both had land that needed to be given Nitrogen on a regular basis.  This is true of much of Colorado.  However, here is where they differed.  The Evergreen land was amended well and needed only to be kept up.  It held water well (unlike much of the surrounding land).
Our daughters land on the other hand needs to be amended in a big way and her land did not hold water.  So it required a large amount of amendments and required constant watering.  Her raised beds answered the requirements for her gardening. 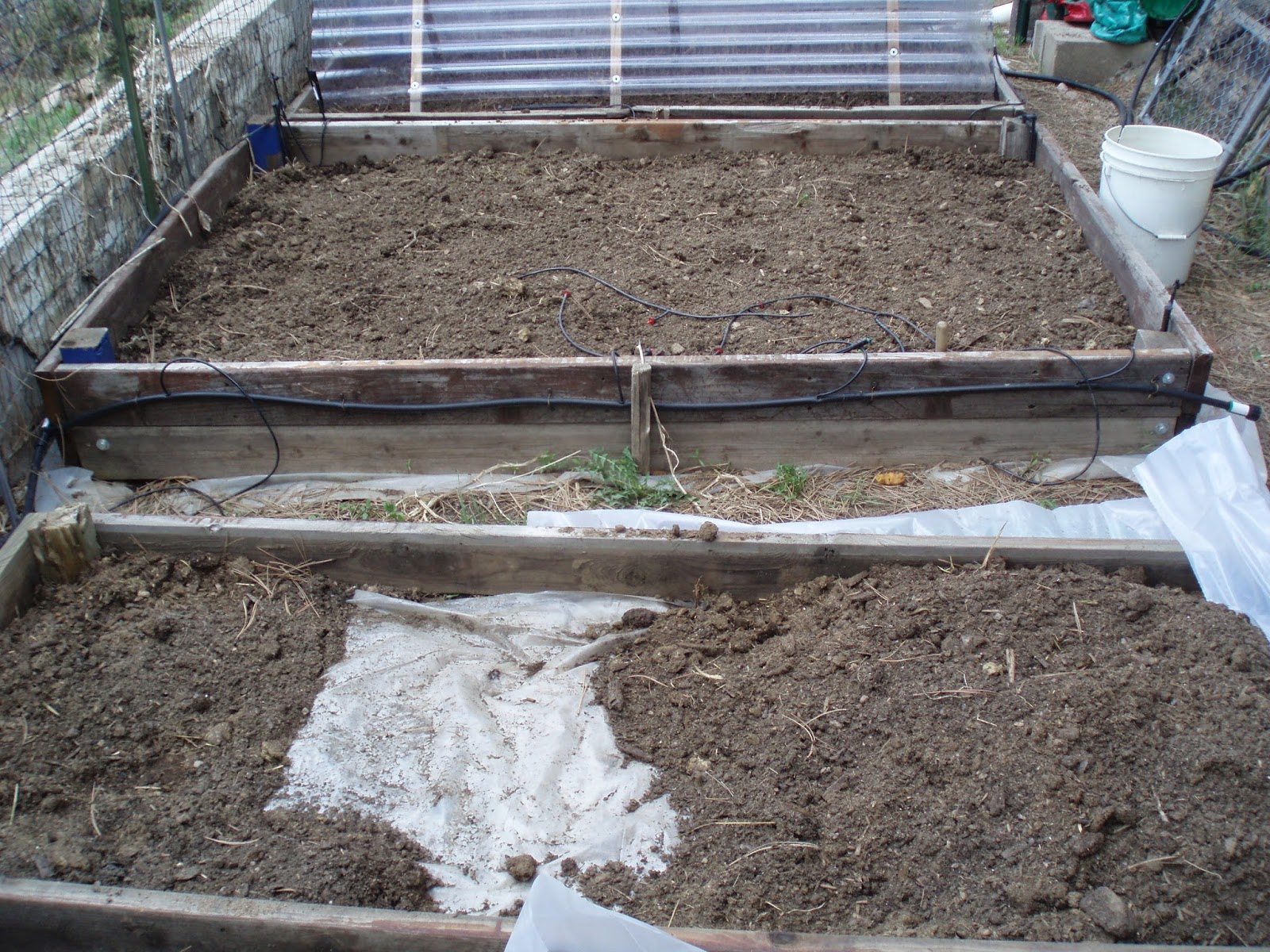 I planted our seeds indoors in early March of 2013.  I planted Tomatoes, peppers, Zucchini Squash, Acorn Squash (seed from previous year’s crop), Spaghetti Squash (seed from previous year’s crop), various flowers.  The peppers never came up.  We did supplement our gardens with plants we bought.  I recorded the progress of the gardens and made comparisons with pictures during the season.  The gardens took about the same amount of time to grow.  However the garden in Indian Hills did better with the squash than did the Evergreen Garden.  The Indian Hills garden receives about 6- 8 hours of sunlight and the Evergreen garden receives 10 hours of sunlight.  Our daughter covered her squash with clear plastic which helped. 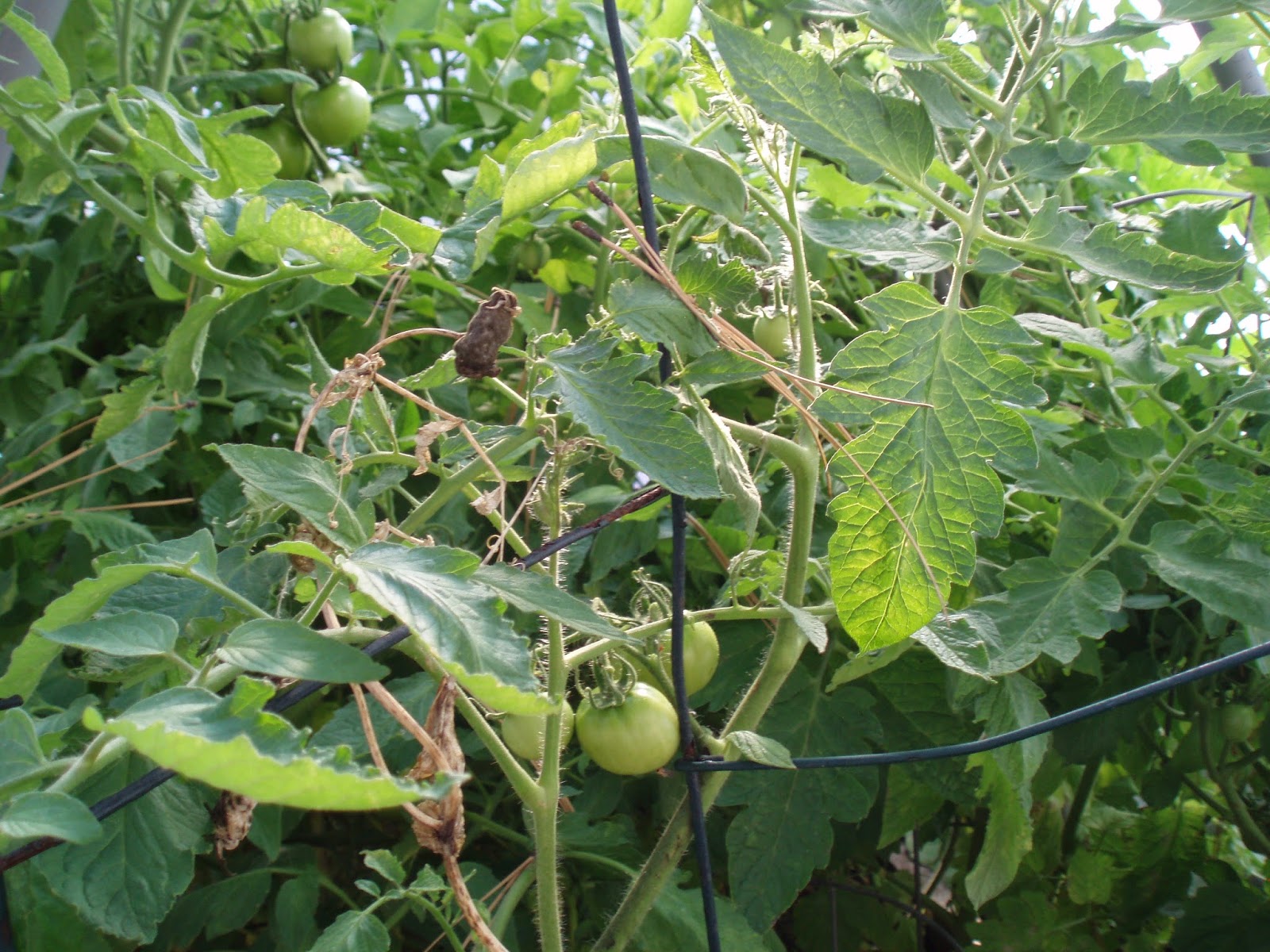 The squash in Evergreen struggled all season and produced little fruit.  I will rig some type of cover this year. The peppers we bought did not mature or fruit in either garden.  We will look at a different type of pepper next year to see if we have any better luck. We both had good success with the annuals we planted and bought.  They bloomed into October.  They were Petunias, Alyssum, Icelandic Poppies and Lobelia.  Our daughter also planted Pansies. At the end of the season, Evergreen harvested over ¾ of a bushel of tomatoes from 4 plants, 4 squash and no peppers.  Indian Hills harvested ½ bushel from tomato plants, 12 squash and no peppers.  The tomatoes had to be brought in to ripen after the frost but we did not lose any and they all ripened. 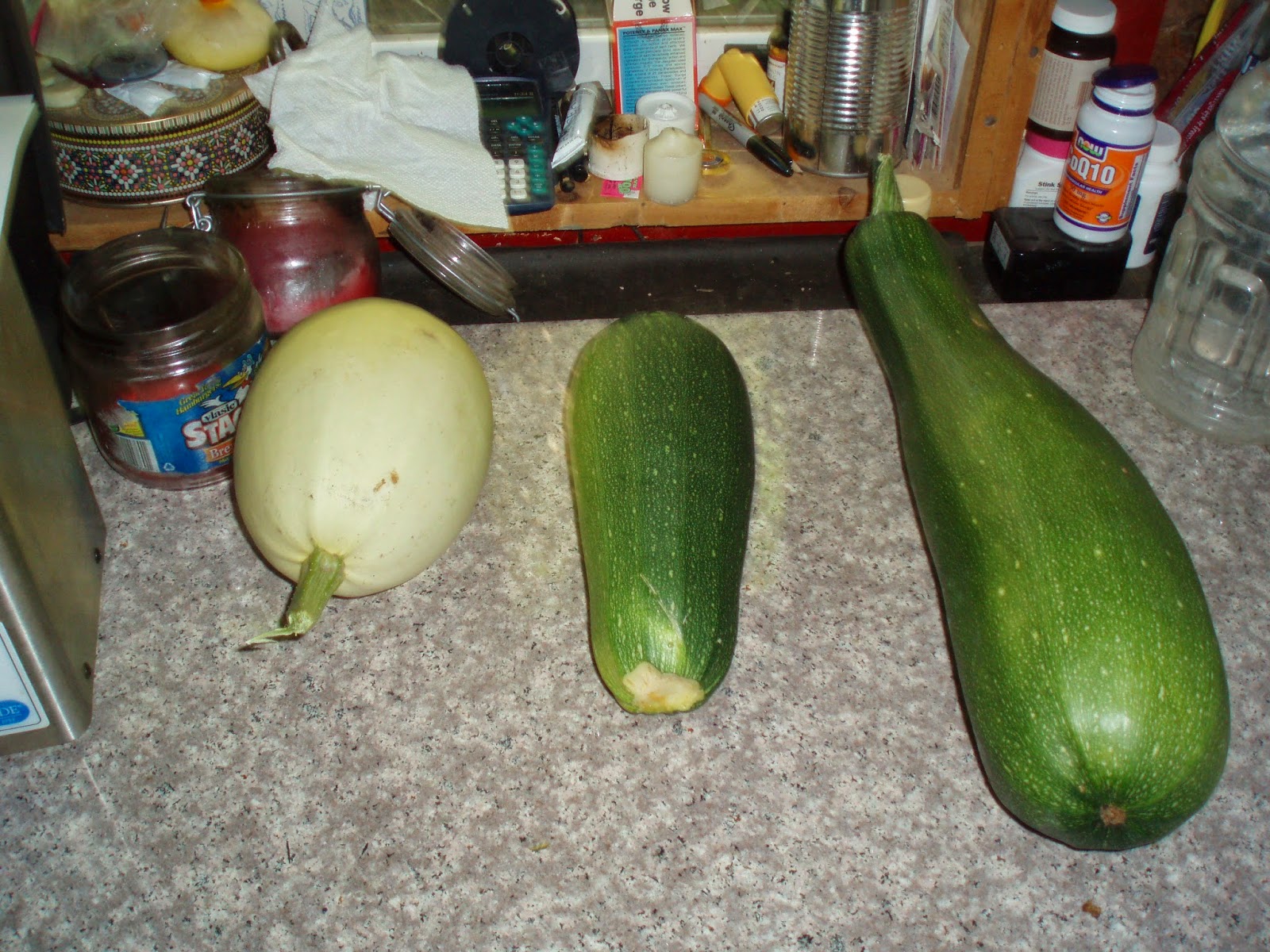 All in all it was a good 1st full year for us and it gives us something to build on.
Posted by Extension at 8:58 AM No comments: